FundPaaS announced on Wednesday it was named one of eight fintech startups selected for SXSW Accelerator Competition. This news comes less than a month after FundPaaS received regulatory approval. 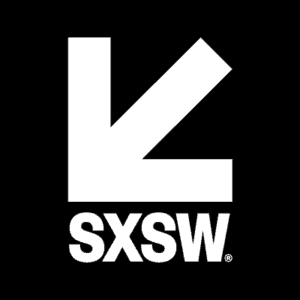 According to FundPaaS, the accelerator competition will gather startups from around the world showcase the most impressive new innovations to a panel of hand-picked judges and a live audience. More than 500 companies applied to present at SXSW Accelerator in one of ten categories.The two-day event will be held the first weekend of SXSW Conference and Festivals, Saturday, March 11th through Sunday, March 12th at the Downtown Austin Hilton.

The pitch competition will then culminate with the SXSW Accelerator Awards Ceremony on Sunday evening, March 12th, where winning startups from each category will be announced and honored.The competition’s categories are Augmented and Virtual Reality, Enterprise and Smart Data, Entertainment and Content, Health and Wearables, Innovative World, Payment and FinTech, Security and Privacy, Social and Culture, Sports, and Transportation. CEO of FundPaaS, Brian Castro, stated:

“SXSW offers a platform like no other and our selection gives us an unparalleled stage for FundPaaS’one-click solution for crowdfunding issuers, portal builders, and financial services firms. We’re honored to be recognized as a Fintech leader that is expanding access to capital through purposeful innovation and novel technologies.”

“SXSW Accelerator has hosted some of the most innovative startups over the eight years we’ve held our competition. These companies have gone on to capture the attention of investors and leading technology companies worldwide. 71 percent have received funding in excess of $3.1 billion, while 14 percent were acquired. Out of the hundreds of applicants, we have identified 50 finalists to present. Everyone with SXSW Accelerator is proud to support startups that are on the forefront of solving some of today’s biggest challenges through technology.”

SXSW stated that its Accelerator alums have raised more than $3.1 billion in funding. Past SXSW Accelerator Pitch Event finalists from 2009 to 2016 also achieved the following: